Australia boasts more solar radiation per square kilometre than any other continent on the planet. As a result, we have the potential to harness a massive amount of solar energy. Solar energy in Australia makes a significant contribution to clean energy supplies and reducing the use of fossil fuels.
If you’re curious about how, why, or how much solar power is used here, read on for everything you need to know about solar energy in Australia.

How do we use solar energy in Australia?

Australians are using solar energy systems to power homes, businesses, appliances, and cars. Concentrated solar power systems are also used to heat water for domestic use, such as swimming pools and water tanks.

Solar energy in Australia comes from a combination of large-scale solar farms, and medium scale solar systems. For example, solar panels that can be installed on the roofs of larges businesses, and small scale systems that can be used to power small appliances and machines that don’t require a large amount of energy. All of these systems use exactly the same technology.

How does solar energy work?

Whether you’re using solar energy to power a small battery pack or an entire city, the power of sunlight is harvested and converted into electricity in the same way. Solar panels are made up of photovoltaic cells that absorb sunlight, creating direct current energy. Inverter technology then converts this to usable alternating current energy which can then be distributed through your home or wherever it needs to go. Once solar panels are set up, the system takes care of the rest automatically, requiring no further input from the user aside from a small amount of maintenance from time to time.

How much solar energy does Australia use?

Solar energy is on the rise in Australia. Research conducted by the Clean Energy Council Australia found that in 2019 small scale solar systems (those up to 100 kW) produced 22.3% of Australia’s clean energy and 5.3% of Australia’s total energy. Small scale systems are generally solar panels installed to homes. In total there were 287,504 rooftop solar installations in 2019, and the average solar panel system size also increased.

Large scale solar installations also soared in 2019, with 27 new projects adding 1416 MW of solar capacity. As a result, the total capacity of Australia’s large scale systems is now 2.8 GW.
Large scale systems made up 2.2% of Australia’s total electricity generation in 2019, and 9.3% of Australia’s clean energy generation, a huge increase from 2.9% in 2018.
Queensland led the way for large scale installations in 2019, playing home to 10 of the 27 new projects. However, planning is now underway for the world’s largest solar farm which will be located in the Northern Territory. Several other projects are also confirmed.

Why use solar energy in Australia?

There are plenty of reasons to use solar energy. As mentioned previously, Australia is one of the sunniest continents on the planet, so there is plenty of sunshine to harness and utilise.
One of the strongest arguments for the use of solar power is that it is renewable, whereas traditional energy sources such as coal and oil will run out. In addition, fossil fuels produce harmful gases that are damaging to the environment.
Solar energy produces no harmful emissions, so it is much better for the environment. As a result, it slows down global warming and climate change, as well as improving the quality of the air that we breathe.
One of the main reasons for the increase in small and medium scale solar installations is that after the initial investment required to install solar panels, the solar energy itself is free for the user, saving them plenty of money on electricity bills.

Incentives to use solar energy in Australia

Depending on where in Australia you live, there are different government rebates available to those who install solar panels, which can reduce the initial cost. Find out more here.
Furthermore, once you are generating solar power, you can usually sell any excess energy back to the grid for a profit.

Queensland state has a lot of for solar energy in Australia. It shouldn’t come as a surprise that the Sunshine State is leading the market and has always had more solar energy than anywhere else in Australia — the landscape and environmentally friendly tend to have go hand in hand.

As we all know, the closest star to Earth is the magnificent Sun, and we’ve been utilising it to improve our quality of life since the beginning of time. It’s been used to tell time, help our crops grow, and in the last two centuries, it’s been harnessed into electricity. Alexandre Edmond Becquerel first discovered that certain materials generate a current when exposed to sunlight in 1839. The PV (photovoltaic – “photo” meaning light, and “voltaic” meaning voltage production) silicon solar cell was patented in 1954 by scientists of Bell Laboratory, which produced electricity as it was exposed to sunlight.

Get updates and learn from the best

PrevPreviousCan solar panels save you money & help the environment be a cleaner place?
NextSwitch to Solar Energy. 5 Foolproof Reasons to Switch Today.Next 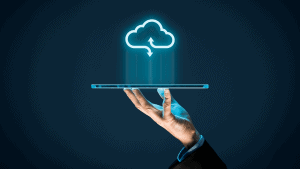 VPP The widespread adoption of solar and storage batteries in Australia has seen the rise of a new key player in the solar industry. Virtual 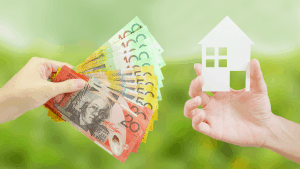 Solar Rebate Victoria Yesterday the state government has announced the Victorian budget for the coming financial year. The labour government has pledged $797 million towards

At Pioneer Solar, we believe that everybody should have access to clean, affordable renewable energy. We take pride in providing sustainable energy solutions-helping our customers and community.

I’m Here To Assist You


Feel free to contact us, and we will be more than happy to answer all of your questions.